On Sunday I watched Ken Burns' documentary on PBS about Thomas Jefferson. I kept waiting to hear them talk of his fig collection at Monticello. During his stay in France, Jefferson took cuttings from many plants for his farm back in Virginia. One of those cuttings was a fig named "White Marseilles". He wrote about them and sent cuttings to friends of his once he returned from France to Monticello.

In 1809, Jefferson wrote to Dr. William Thornton, a close friend and architect of the Capitol in Washington: "I will take some occasion of sending you some cuttings of the Marseilles fig, which I brought from France with me, & is unquestionably superior to any fig I have ever seen."[2] This variety was planted in the "submural beds" at the base of the kitchen garden wall, which afforded a warm microclimate necessary to bear fruit. Jefferson had unusual success with figs and noted their appearance at the Monticello table in 1816 and 1820. He also shared Marseilles figs with John Hartwell Cocke, owner of Bremo Plantation along the James River. Cocke sent his slave Jesse to Monticello in 1817 to collect some plants.

from The Jefferson Encyclopedia

I received cuttings of the White Marseilles fig from a GardenWeb user in mid January. I tried the baggie method to root a few of the cuttings. None survived. However, those that I planted directly into soil have rooted. I've got two of these plants in the basement now. When it produces fruit, I'd like to think that what I will be eating, is the same fig that one of our founding fathers enjoyed. It's like tasting history. 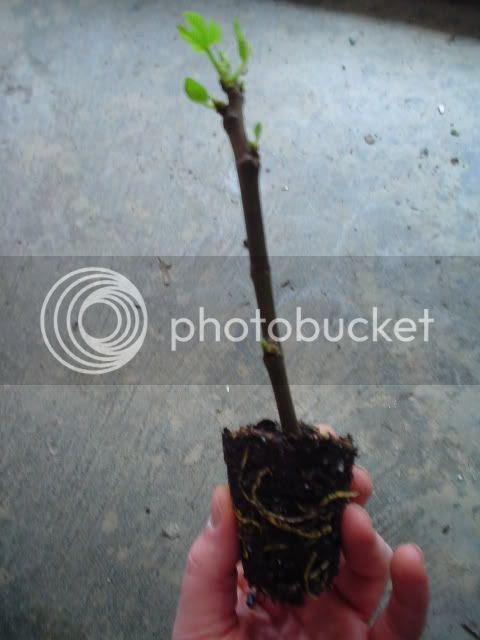 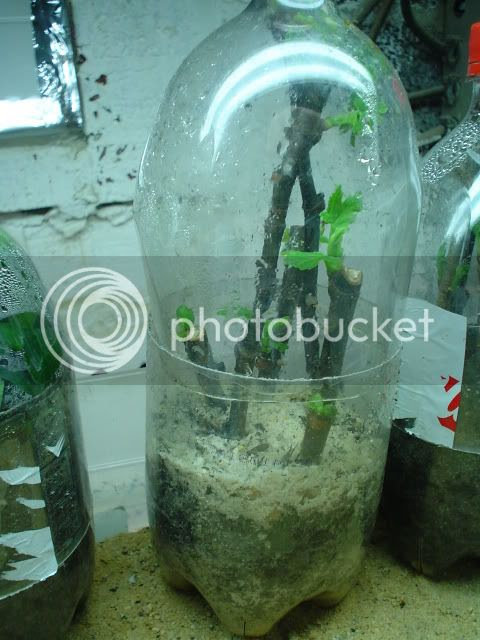 That is very interesting. It is neat to think that some things have been around for that long. The cuttings sure look happy!