Doppler radar estimated between four and five inches of rain between Salisbury and Granite Quarry...in Rowan County. Near Harrisburg in Cabarrus County, over three inches of rain fell last night...up to four inches in the Roberta Mill area. In the past 24 hours, up to six inches of rain was estimated in parts of Guilford, Forsyth, and Davidson counties.---Larry Sprinkle WCNC NewsChannel 36.

I'd say we got at least 3 inches. It started about 8pm and sputtered until 10 when the bottom fell out. It's been over a week since it rained. You can't tell from the picture. I need more of these agastache on the right for the backyard. Huge plants. 4-5' tall, just as round. I wish I knew the variety. Huge. 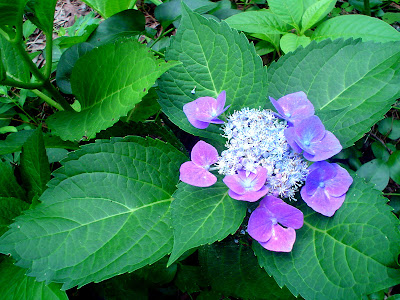 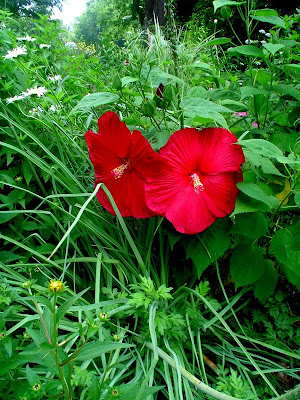 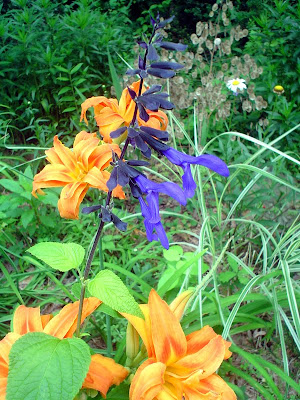 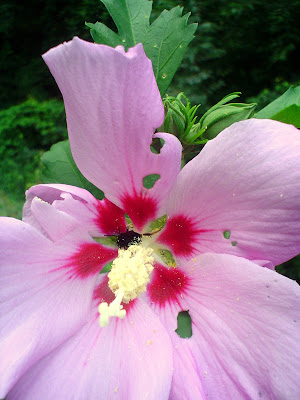 Summer has arrived. It's 90 degrees. The humidity overnight was 86%. It never rained. Until the boat's batteries are charged, I'm staying inside. Storms possible this evening anyway.
Posted by Tom - 7th Street Cottage at 6/24/2011 03:31:00 PM 6 comments:

On the first day of summer.

Summer rolled through here yesterday just after 1pm. It was hot. The humidity was terrible. Heat index in the low 100's. In the sun, the thermometers were topping out at 120. The air temperature was in the mid 90s. I went to the lake after work with a few of the girls. Bedtime came early, but I heard the thunder and saw the lightning as I fell asleep. It rained so hard last night, the gutters became self-cleaning. I slept through it all. 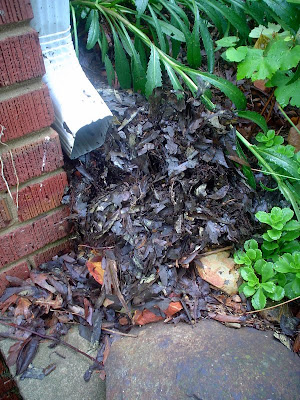 As is typical after hot, dry periods with no rain, the storm flattened the usual candidates. The R. hirta might stand up again if it can dry out this afternoon. Maybe if it were planted thicker, it would support itself. 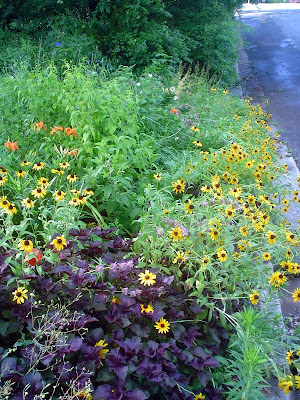 Even Lord Baltimore has a bit of swagger this morning. 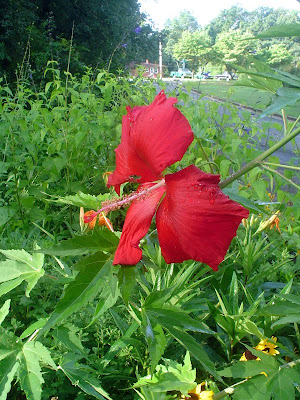 But the stargazers have popped. The first ones opened last night. These are by far my favorite flower in the garden. It's not just the color, but the fragrance. 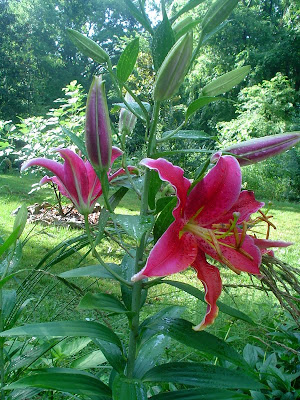 The thyme is blooming. 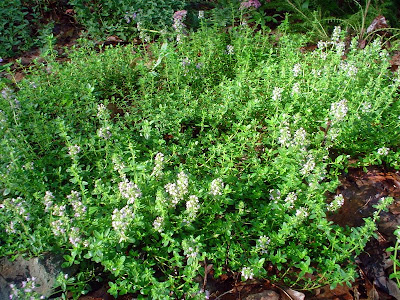 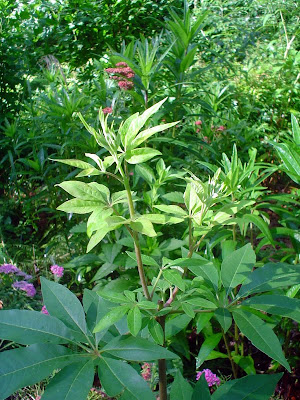 Lots and lots of green tomatoes on my Rutgers plants. The beefsteaks and Black Krims are still growing. I should have tomatoes til frost. That was the plan. 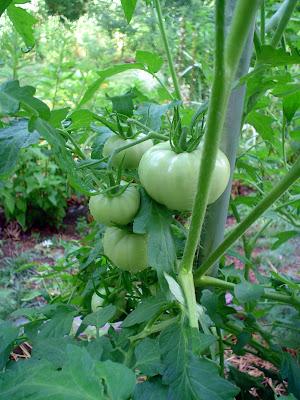 The cucumbers shot up almost a foot since Monday afternoon. 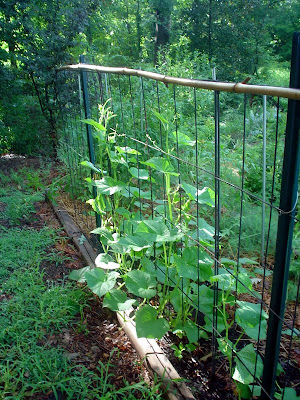 I've got beans to pick again this morning. I need to rebuild the starter on the boat. I'm tired of using the trolling motor as the primary means of locomotion. I learned something new this week. It's been a great week. It's 72 degrees and clear. Even I feel refreshed.
Posted by Tom - 7th Street Cottage at 6/22/2011 09:17:00 AM 7 comments:

I toiled all morning as the mosquitoes swarmed. I swatted at bees while a black kitty slalomed between my ankles. I braved the intense heat of the morning sun to collect my prizes. I've worked diligently for the past 50+ days preparing for the harvest. I'm just glad I don't have to be self-sufficient. I'd starve by early next week. 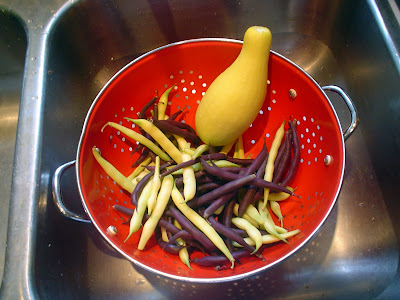 It happened Saturday night. Almost 3" in a couple hours. It's "coming up a cloud."

The front walk beds have really popped this year. Very pleased with them.

The colors and combinations work for me.

I can't have enough coneflowers.

The potagers enjoyed the rain. I hope we get more tonight.

I've been hand watering these Rutgers. The beefsteaks need to be tied soon. The purple Krims are still small.

88 degrees and the temperature is falling. We came home from the lake early today. It was a good day. Can't really complain when this is all you have to think about for 4 hours.

I am a broken man

I am bruised in places I had forgotten existed. I have never been so mistreated in my life. She beat me from every direction. She punched me in the gut and yanked on my nipple when I did something wrong. Move just a tiny bit too far to the right and she tosses me over. Put a knee in the wrong place and bam! I was back down on my shins as she wreaked havoc on my crotch. We were drenched and covered in oil. Our whole bodies were soaking wet from the physical exertion.

I've got a gash on my left elbow. My right elbow feels like it's been attacked by a cheese grater. My knees are on their way to being black and blue. My chest is bright red. Even my feet hurt. WHY DO MY FEET HURT? I didn't remember it being this way. I remember laughter. I recall the exhilaration as we crested together. Wave after wave of excitement that would finally build until it exploded and we'd be tossed free of each other. It was supposed to be fun. This WAS NOT FUN!

It was a long 2 hours. I'm sore all over. My whole body is in shock. I'll be lucky to hobble by morning. I can barely straighten my legs out. But it was worth it. It's really hard to frown on a wave runner.

Thanks Carla and Melissa. I had an awesome afternoon. Looking forward to Saturday.

I'm heading out on the pontoon tomorrow at 10am. Off from work all weekend, I'm going to celebrate the lack of rain by floating all summer. The boat has returned.

It's all over the yard. I see opportunities in the spaces between. Another 90 degree day is on tap. I've got nothing I have to do. Two days off.

Now a wall of photos.